Watching cultural events on TV these days is rarely the passive experience it used to be. With more and more women concurrently using media, it is increasingly more common for women to watch an event on television with a smartphone, tablet, or laptop in their hands, using the device to search, share, and consume content while watching the event, or shortly after the event has concluded. As part of the POPSUGAR Insights Content, Commerce, and Culture study, we surveyed over 1,500 women between the ages of 18-44 and asked them to tell us the actions that they've taken as a result of watching a cultural event on TV. 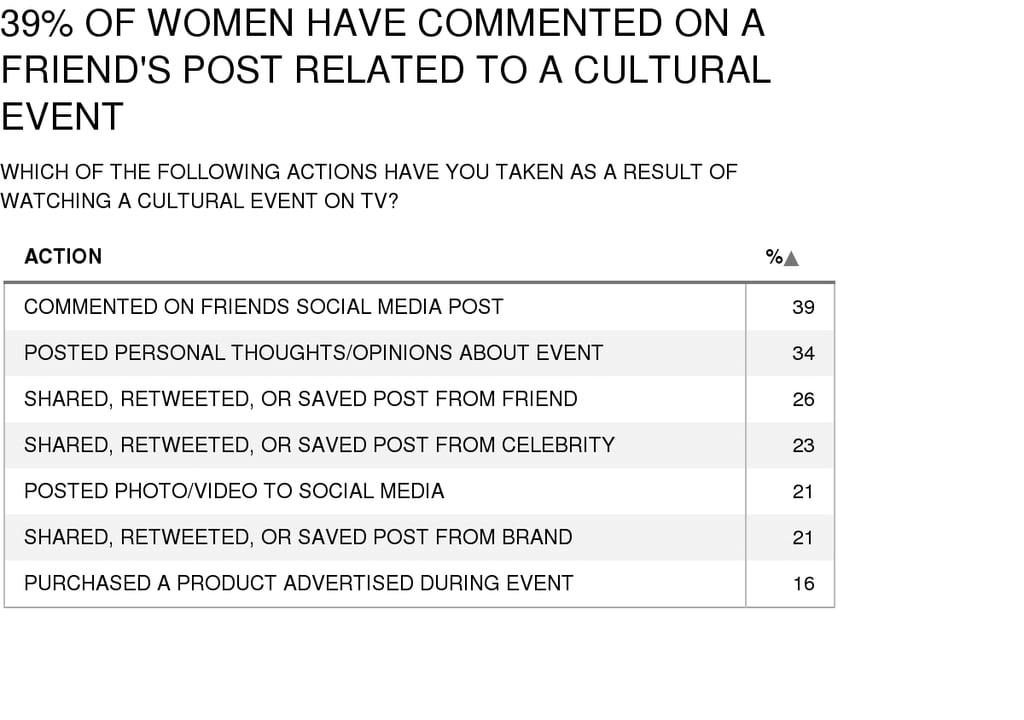