As anyone who has ever filled out an Oscars ballot can attest to, watching events like the Academy Awards via TV is a rite of passage for women who love popular culture. As part of the POPSUGAR Insights Content, Culture, and Commerce study, we surveyed over 1,500 women between the ages of 18-44 and asked them to tell us which cultural events they watched on TV in the past year.

Beyond the top three cultural events, the most popular events to watch via television included entertainment award shows (like the Tony Awards, People's Choice Awards, or Emmy Awards) with 48%, followed by fashion award shows with 41%. 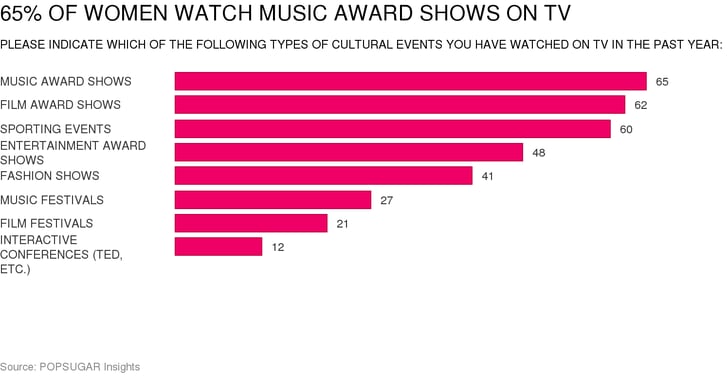