These days, you don't need to attend a cultural event in person in order to be a part of the experience. More and more events are broadcast on TV or streamed online. As part of the POPSUGAR Insights Content, Culture, and Commerce study, we surveyed over 1,500 women between the ages of 18-44 and asked them to tell us which types of cultural events they are most interested in watching on their television or streaming media device. 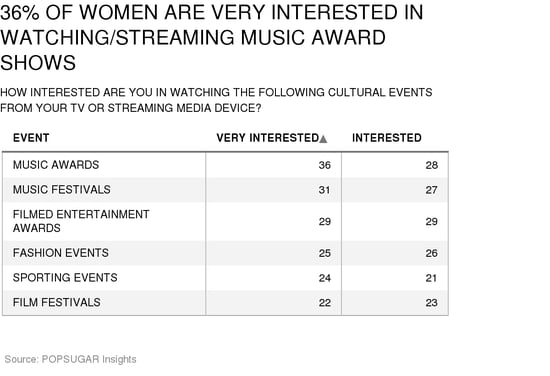