Over the past few years, Coachella has grown significantly as both a cultural event and as a music, beauty, and fashion trendsetter. As part of the POPSUGAR Insights Content, Commerce, and Culture study, we surveyed over 1,500 women between the ages of 18-44 and asked them to share their thoughts and opinions about this incredibly popular cultural event.

Overall, 68% of women said that they've consumed digital content related to Coachella. When asked what aspects of Coachella they find particularly influential, music ranks first overall (70%), followed by fashion (27%) and beauty (3%). This influence extends from content to commerce, as 63% of women said that they've been inspired to purchase a product after either seeing it featured at Coachella or in digital content related to Coachella.

Women view Coachella as a "place to see great artists, musical acts, and performances" (46%), a "musical event they would like to attend in the future" (43%), and a "place to learn about new musical acts or genres" (39%). In general, 37% of women view it as "a music festival that I love reading about or watching online", and the same amount see it as "a place to see what is cool or trendy in popular culture". Thirty-two percent believe Coachella is "an important cultural event" and 21% say it's a "place to show off my personal fashion". 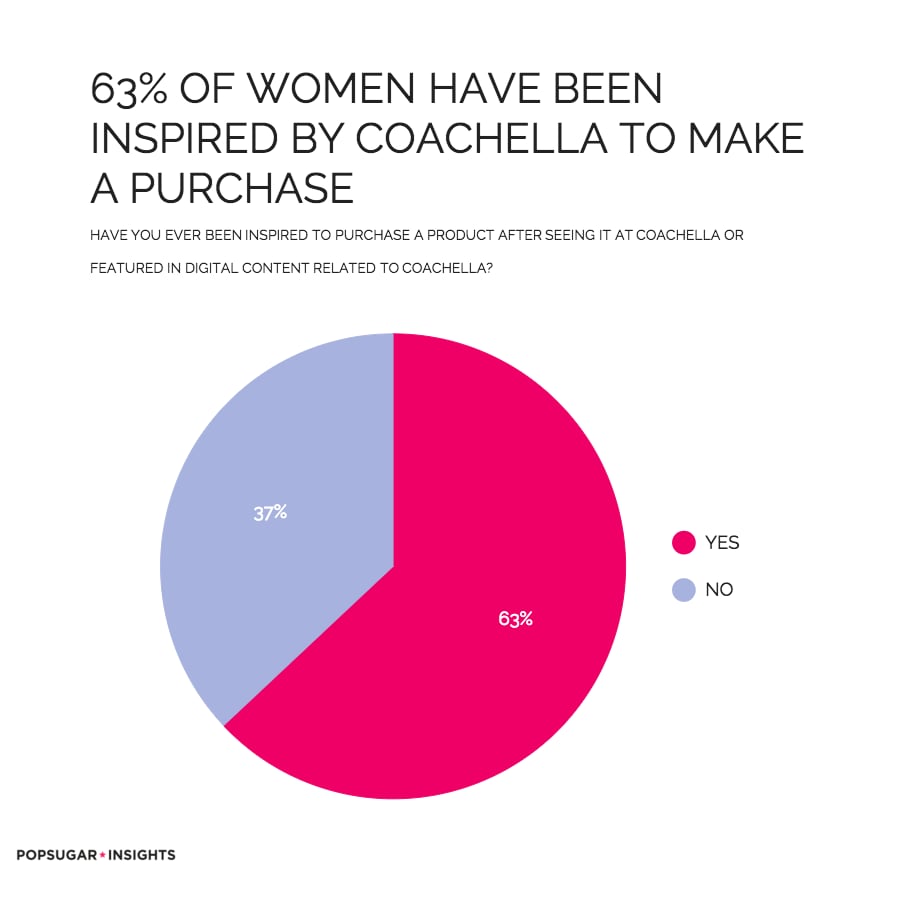